EXTENSIVE NORWEGIAN PROGRAM AT THE BOOK FAIR IN WARSAW 2022

Norway is the Guest of Honour at the Book Fair in Warsaw 26 – 29 May 2022. The book fair is an exciting opportunity to present a wide range of Norwegian literature in the Polish market.

The Admission is free for all visitors.

Several Norwegian authors will engage with their Polish audience and strengthen the connection between our two countries. “The Dream We Carry” is our slogan and we proudly present our program:

We are pleased that 30 authors from Norway are coming to Warsaw and will feature in 50 literary events during four days at the Palace of Culture and Science. You will find several series in our literary program: The daily program in the Norwegian tent will be kicked off with brave children and young adults’ literature. You will meet some of the best authors and illustrators from Norway.  In “The Green Hour”, you will meet authors writing about nature, environment and travelling. In the series “Domestic Dilemmas”, you get an insight in Norwegian society and current issues, through fiction, and in “The Mysteries of Man” and “The Crime Hour” you will also get a glimpse inside the mind.

The program offer insight into the future and also the past: “The Classics’ Hour” and “WW2 in Norway” give you an introduction to two of Norway’s Nobel Prize Laureates and in World War II in Norway. Looking to our present day, we offer the series “Poetry Hour” including Ukrainian poetry, “European Feminists Anno 2022” and “European Literature Today”.

In Hall Marmurowa, you can visit our trade program, directed to book professionals. You can learn about translation, literary policies in Norway and Poland and two bilateral library projects.

Are you interested in languages? Visit our pop-up language course! Children are welcome to our creative workshops on Friday and Saturday.

Selected highlights will also be shown on the book fair’s own Main stage.

All events are either in Polish or available in Polish translation.

NORWAY'S LITERARY PROGRAM AT THE BOOK FAIR IN WARSAW

The authors participating are:

We are honored to also have Sami yoiker Biret Ristin Sara and author/yoiker Karen Anne Buljo on the program. DJs Charlotte Bendiks and Niilas will give you the beat of Norway.

Lene Ask, Anders Kvammen, Malin Falch and Anja Dahle Øverbye also participate in the comics festival Komiksowa Warszawa, which is held at the Palace of Culture and Science during the book fair.

AUTHORS FROM NORWAY AT THE BOOK FAIR IN WARSAW

In the Norwegian Tent, in front of the Palace of Culture and Science, you can buy Norwegian books in Polish translation from the independent booksellers Moda na Czytanie. They offer books from the authors on the program and other highlights from other authors from Norway.

The Guest of Honour project is organized by NORLA in close cooperation with the Royal Norwegian Embassy in Warsaw.

As the Guest of Honour project’s organizers inform, Poland has become an important market for Norwegian literature and there is a large interest ranging from crime and Nordic noir to children’s books and cartoons.

”I am thrilled that Norway will be the Guest of Honour at this year’s Book Fair in Warsaw. Great literature can move us, provoke us and make us see all that we have in common, something we need more than ever as we try to leave the pandemic behind. Norway’s presence at the fair will make Norwegian literature even more accessible to a Polish audience, for the benefit of both authors and readers” says Anniken Huitfeldt, Norwegian Minister of Foreign Affairs.

“We are very excited to be the Guest of Honour of the Book Fair in Warsaw. This is a big opportunity to once again present authors and books from Norway to an international market, this time to Polish readers. During the last five years, Polish has been among the top 10 languages of NORLA’s translation grants. Many authors from Norway are already available in Polish translation, so the literary program will show all aspects of contemporary Norwegian literature”, says Margit Walsø, director of NORLA.

“There are countless reasons why we should read. Books expand horizons and introduce us to new places, cultures and traditions. Books fill gaps and build bridges. I hope that the participation of Norway as the guest of honour at this year’s Book Fair in Warsaw will give Poles an opportunity to deepen their knowledge about contemporary Norwegian authors and their literature, and also a tool to understand even better our particular culture, values and approach to life” – says Anders H. Eide, Ambassador of the Kingdom of Norway to Poland.

“Norwegian literature playing the central role at the Book Fair in Warsaw is great news for many readers, because in Poland it is highly appreciated and extremely popular thanks to excellent authors, translators and publishers. It is also about appreciating the Polish publishing market and the Warsaw Fair as the most important event in this industry in Poland.” says Jacek Oryl, director of the Book Fair in Warsaw.

The admission to Book Fair in Warsaw will be free for all visitors, and some of the events will be available via social media. 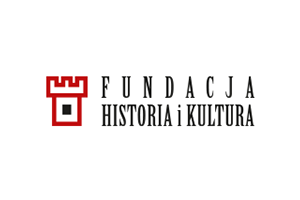 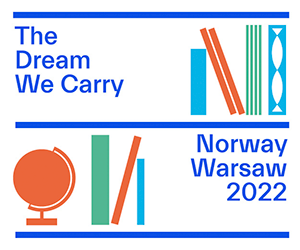 THE BOOK FAIR IN WARSAW